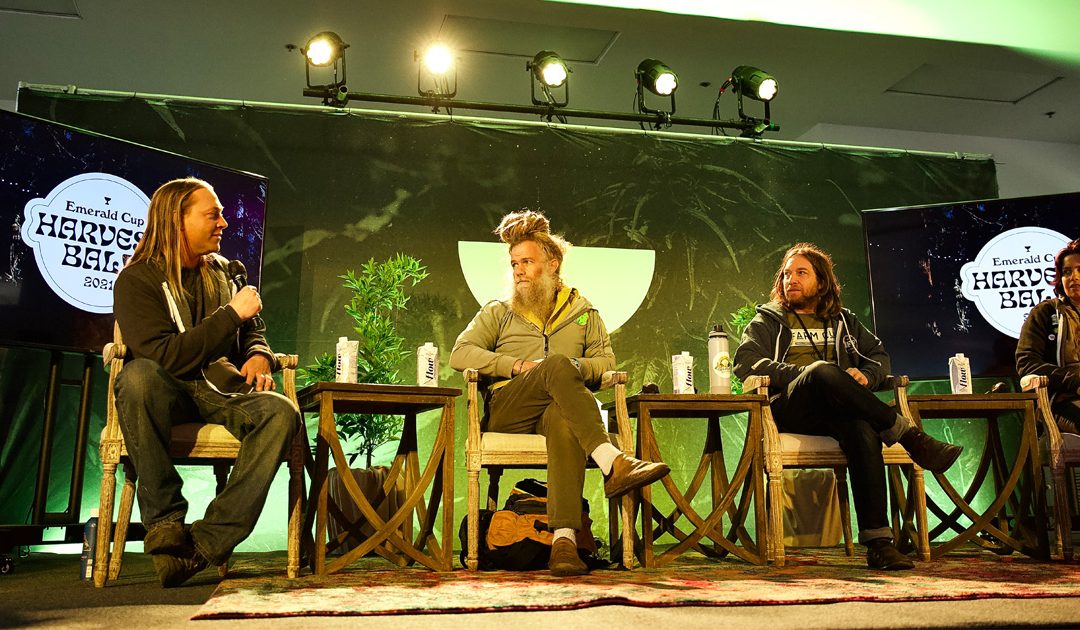 Since 2004, the Emerald Cup has gathered the cultivators of California’s finest sungrown cannabis for an annual year-end celebration of the fall harvest, regenerative agriculture, and the stewards of the land and of the plant who responsibly bring it to market. Now, 18 years later, that mission is more important than ever.

The Emerald Cup (https://theemeraldcup.com) will once again dig deep into sustainable agricultural practices with the 6th Annual Regenerative Agriculture Garden Exhibit (RAGE) Lounge, hosted in partnership with Regenerative Cannabis Farming (https://regenerativecannabisfarming.org), at Harvest Ball 2022, to be held December 10th and 11th, 2022, at the Sonoma County Fairgrounds in Santa Rosa, Calif.

Since its inception, the R.A.G.E. has become its own destination within Emerald Cup events with farmers having come from all over the country to learn from some of the best in the business. For those who want to see, touch, and talk regenerative agriculture in action, the RAGE Lounge gets to the root of it all. 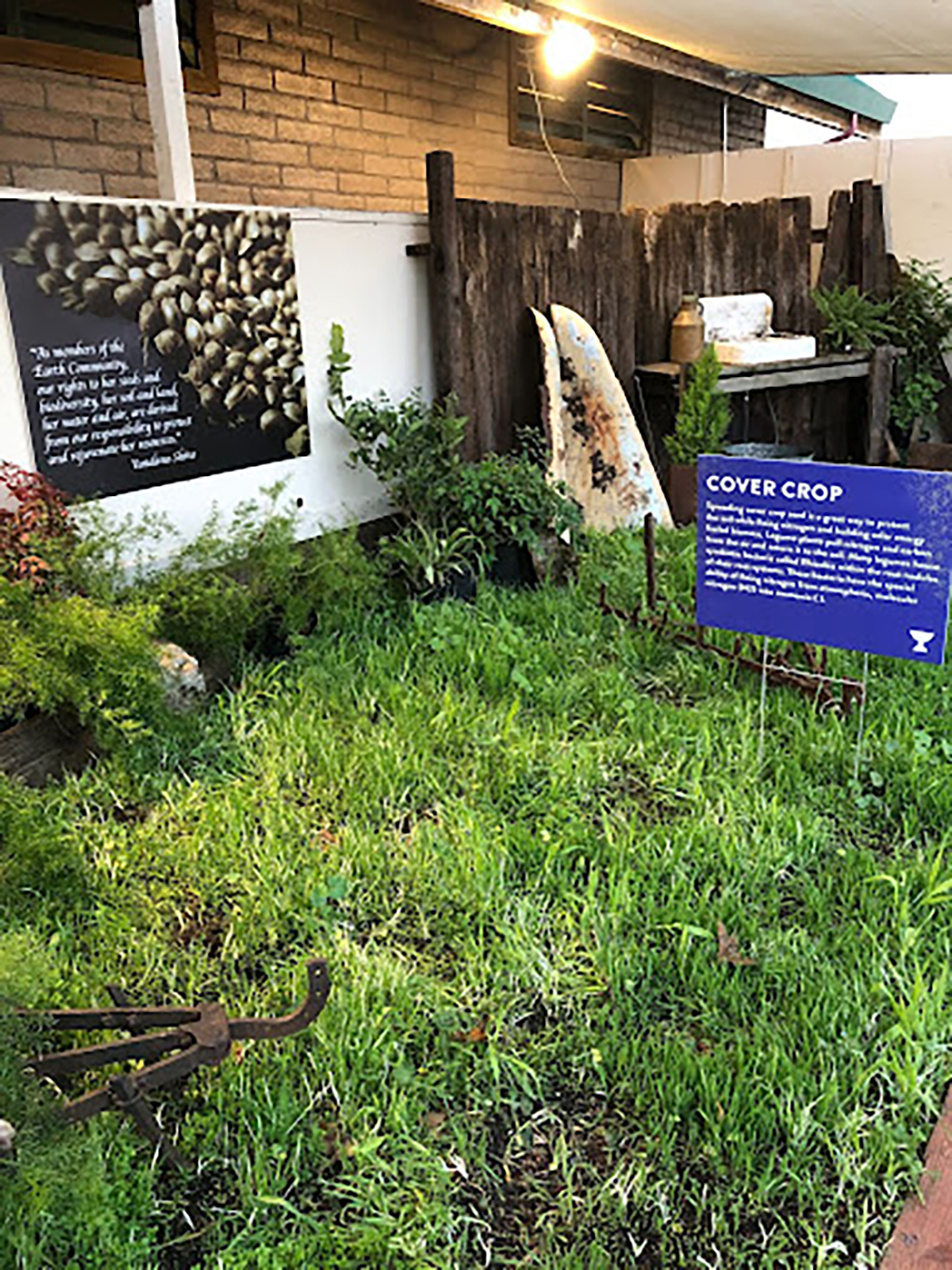 As the home of the largest and most diverse cannabis competition on the planet, the Emerald Cup plays a unique role as a setter of trends to come as well as a current reflection of the confluence of cannabis culture and industry from coast to coast.

Each year, California’s entire supply chain eagerly awaits the results of over 700 top-shelf entries spanning dozens of categories being expertly analyzed by over 100 highly qualified judges to see which cultivators and craftspeople will come out on top with an appearance at the Emerald Cup Awards to be held in May 2023 in Los Angeles.

Beyond the brands that win, a growing number of discerning connoisseurs also look to see what methods those award-winners employed to create those winning products.

In 2022, California cannabis brand Farmer and the Felon won 1st Place in the Outdoor Flower category of the Emerald Cup Competition with their immaculate version of Lemon Sponge Cake. That same entry also took home the coveted “Best in Show” award, highlighting to the rest of the world that sungrown “Outdoor” flower could beat out other cultivation methods like Greenhouse, Mixed Light, and even Indoor. In fact, since the Emerald Cup began accepting Indoor Flower entries in 2021, the winner of that category has yet to also capture “Best in Show”. (2021 was Mixed Light, 2022 was Outdoor)

THE EMERALD CUP – BY FARMERS, FOR FARMERS

At its roots, the Emerald Cup has always been the cannabis competition produced by farmers, for farmers.

Long before laboratories were testing for impurities, eco- and health-conscious farmers and consumers demanded that their peers respect the plant and respect the planet by using environmentally-friendly farming methods.

Northern California’s famed Emerald Triangle was put on the map by “back-to-the-land” homesteaders fleeing the city life in the Bay Area and claiming plots of land in Humboldt, Mendocino, and Trinity Counties to symbiotically tend to. This is the culture from which the Emerald Cup sprouted and grew.

Many of California’s legacy farmers still rely on regenerative agriculture techniques, utilizing as many materials from their own land as possible to amend their native soil to take full advantage of their unique terroir. This care for the plant and oneness with the planet is absolutely expressed in the heightened aromas, flavors, and effects delivered by the cannabis flowers harvested on these farms.

Unfortunately, much of the retail cannabis market here in California is not aware of where their weed actually comes from, who grows it, and how. The next logical step, “Why that matters”, is the conversation that the Emerald Cup seeks to infuse into the minds of the thousands of attendees expected to swarm the Sonoma County Fairgrounds for Harvest Ball 2022 on December 10-11 in Santa Rosa, California.

Harvest Ball 2022 continues this tradition of grassroots education for all who seek it. From the in-depth Emerald Cup Sessions speaker panels happening throughout the weekend, to mingling with the farmers and vendors in the world-famous Emerald Cup Marketplace, everyone from the canna-curious to seasoned heads will likely learn a thing or two while wading through the best weed in the world.

The Emerald Cup also announced the return of the Small Farms Initiative. Now in its second year, the Initiative provides an opportunity to dozens of eligible small cannabis farms to apply for free vending space and heightened promotion at Harvest Ball 2022.

This creates a direct-to-consumer, face-to-face marketing opportunity that California’s cannabis supply chain typically does not allow for, deepening the connection between the farmer and the customer and letting the legacy cultivators themselves explain the many benefits of craft-scale cannabis farming and regenerative farming methods.

For the Emerald Cup team, however, cannabis education and culture preservation are year-round efforts.

With the preliminary launch of the much anticipated Emerald Cup Almanac in the summer of 2022, curious cannabis connoisseurs have been given a preview of the Emerald Cup’s incredibly deep tranche of data covering everything from the molecular level to multimillion dollar brands.

The Emerald Cup represents the best of California cannabis and culture but California is a large and beautifully diverse state composed of distinct regions, each with their own unique flavor, customs, and cultures. Cannabis is rooted in the unification of community for the common good and the Emerald Cup continues that mission at the 2022 Harvest Ball.