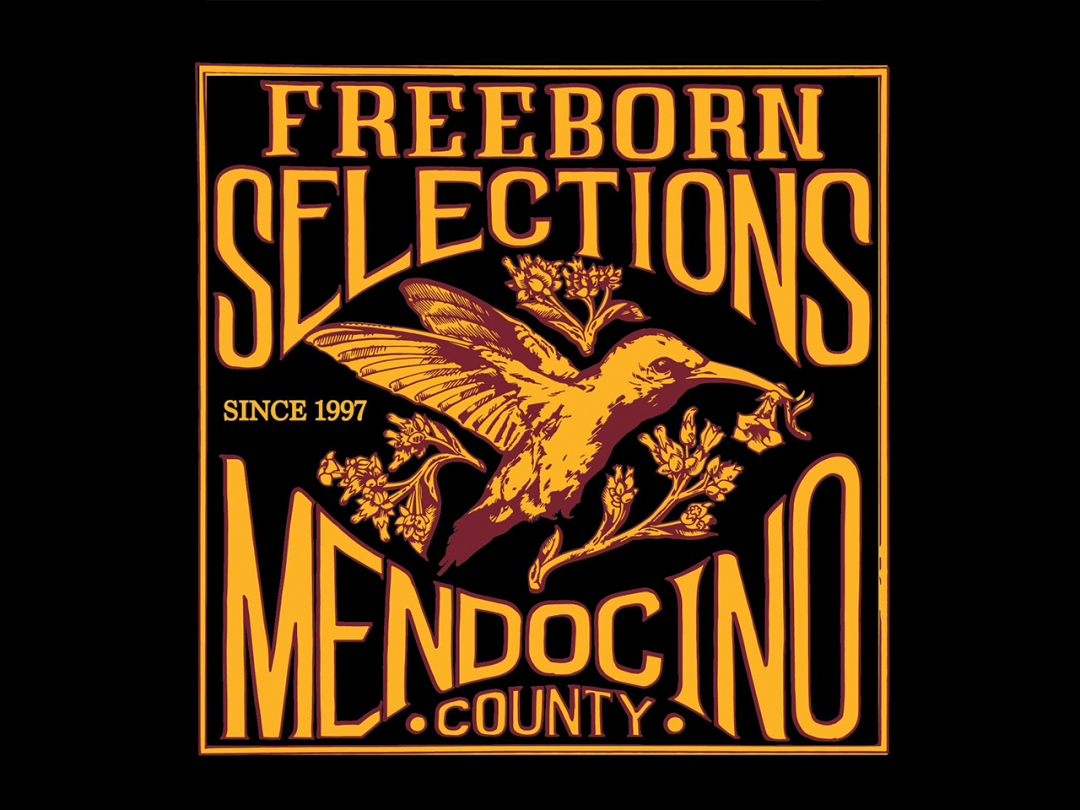 Reputation is everything in the Emerald Triangle.

Relationships dating back decades form the fabric of this incredibly unique region and the cannabis culture that defines it.

For those of us who don’t live in Northern California, and didn’t get to experience the growth of the cannabis scene there, many of the people and places that blazed the trail for the legal marijuana movement are still to this day shrouded in a bit of mystery. So we teamed up with our buds at the Emerald Cup to get with some of the truly influential local legends to clear the haze and tell some of their stories.

Mean Gene with Freeborn Selections is one of the most highly regarded breeders in the cannabis scene. For over 20 years he has been building his knowledge base of the plant and spreading that experience far and wide by way of his distinguished catalog of exclusive strains.

In a 2017 interview, Kevin Jodrey of Wonderland Nursery said of Mean Gene, “He’s known for having an exceptionally developed palate. The joke among us is that we all have a box of four crayons and Gene’s got the big box of Crayolas.”

A Mendocino native and a longtime participant and supporter of the Emerald Cup, Mean Gene was cool enough to link up with us here at Beard Bros. Pharms to swap some stories and tell us about his come up.

Growing up in Mendo in the 1980’s was a formative experience for Gene, to say the least. He is old enough to remember the military-style enforcement rained down on the region by dozens of agencies under CAMP – the Campaign Against Marijuana Planting.

Although the cannabis culture in the Emerald Triangle stretched back to at least the 1960’s, as teens in the early 90’s Gene and his friends were still resorting to guerilla grows on the secluded boundaries of property lines with mixed results.

He remembers long hikes on irregular schedules to avoid drawing any attention to his destination. Pounding boots up and down a trail everyday could quite literally lead the wrong people right to your crop and the random visits left little time to truly study the plants.

In 1994, Gene got a batch of seeds from a friend and got to hunt for phenotypes that displayed favorable traits. He soon found himself making selections, cutting clones, and within a few years of dialing it all in he was making seeds of his own.

WHAT’S IN A NAME

I was coming up in SoCal around this same time and my experience began with a lot of brick weed from south of the border. But even once we discovered big, sticky buds it rarely, if ever, had a name.

The same was true for Gene. For many years it basically came down to “shake” or “buds”, with the latter obviously being preferred. But in 1996 we saw the passage of Prop215 in California, a groundbreaking piece of legislation that would establish the largest medical marijuana market that the world had ever seen.

With this boom came a high demand for consumer education as cannabis fans quickly evolved into connoisseurs and constantly wanted to expand upon their own experience with the plant. This put seasoned breeders like Mean Gene in a position to provide that education by releasing stable lines of proven genetics.

Now we wanted to know the name of the strain. The name alone could tell you the genetic lineage, the breeder or grower behind it, or what aromas, flavors, or effects to expect. Not just a marketing or branding strategy, strain names continue to contribute to this deep-rooted culture.

Legalizing medical marijuana statewide got growers out of the shadows and allowed them to focus on optimizing the growth cycle to produce the finest finished product possible. Suddenly those willing to dedicate the time could spend all day, every day, with their plants without the fear of law enforcement.

“I know some people who have some pretty heavy PTSD from hiding from helicopters or having people break down their doors with assault rifles pointed at them and their kids… that stuff is crazy but Prop 215 helped,” says Gene.

For twenty years the Emerald Triangle thrived on the constantly growing medical marijuana market in California. Farmers spent those two decades planting roots that they never expected would be disrupted by further cannabis reform, but that is exactly what we are seeing now with Prop 64.

Under Prop 64, many NorCal farmers could not afford the steep application fees required to try to enter the heavily-regulated recreational market. Hundreds of local farms took the plunge and paid the fees but are now bogged down in a slow-moving application approval process and could find themselves stuck in limbo halfway to harvest with an expired temporary license.

As Gene rightly points out, some of those hit hardest by these new regulations are the farms who were never in it for the money to begin with, but now see no clear path to legality in their quest to spread compassion through cannabis.

Others in the region have used small scale cannabis farming to provide the means for a sustainable off-grid lifestyle in the hills and woods and now they too feel shut out of legal weed. “These are people who were willing to tough it out, to be brave, to do things others weren’t willing to do,” says Gene.

He added, “When you normalize things they get watered down, they get washed out, and they get taken away. Legalization is great but we’ve got some problems.”

The struggle of the cannabis farmer is nothing new but the added pressure coming down from the state is only compounding the risks involved for many in Northern California.

A SEED FOR TOMORROW

Gene has seen firsthand just how crucial each and every harvest is for the average outdoor cannabis farmer. As he puts it, you might get the opportunity for 40 harvests in your entire life, losing an entire one for any reason can be devastating.

When your crop takes the majority of the year to develop there is no room for error when selecting genetics – a field full of knee-high pot plants rarely makes ends meet.

Known for working with old school, early-finishing Afghani strains already popular in the area and crossing them with something new and terpy, Mean Gene has created renowned strains like Black Lime, Root Beer, Cherry West, Nubia, and Cherry Limeade.

Gene sees the value in preserving the history of these names and the compelling tales behind them but he also recognizes that it is a very academic exercise to become familiar with them. He envisions a future cannabis industry split between heady consumers hungry for such knowledge and a newer breed of cannabis user who will likely be focused on nothing more than safety and effects.

Growers using Gene’s gear praise its stability and reliability for producing top shelf quality buds. This is evidenced by awards won in almost every major cannabis competition – including 1st, 2nd, and 3rd place victories over the years in the Emerald Cup Breeder’s Cup.

In 2015, roughly 1/3rd of the Top 20 flower entries at the Emerald Cup were either buds that Mean Gene had grown or buds grown from his genetics.

In the early years, before the Emerald Cup came down the mountain to Santa Rosa, it was held in a somewhat remote part of the Emerald Triangle dubbed “Area 101” in Mendocino County. This was the same neck of the woods that Gene grew up in and he vividly remembers the inception of the Cup 16 years ago.

“Back then things weren’t very social,” recalls Gene, “so you really only knew what was in your circle. You couldn’t just walk up to people and ask ‘Hey, what are you growing?’ so the Cup was really cool when it started because it let you gauge what you were working with versus a bunch of strangers who you never would have known.”

To Mean Gene, plants in general are just about the most important things on Earth. “Plants are the conduit between us and the sun,” he says. These days he is focused on making seeds to continue to stack his strain catalog and continue to propagate good weed and good vibes.

Winning the Emerald Cup was a bit like summiting Everest for Mean Gene, like, now what? Whether we will see him personally compete this year or in future Cups is uncertain, but one thing we are sure of is that growers will be appreciating his dedication to the plant for many years to come.

If you’re looking to grow some of Mean Gene’s most popular strains, genetics are available at Compassionate Heart in Ukiah, The One Log House in Piercy, and Buds and Roses in LA, with more to be announced soon on his Instagram account at @meangenefrommendocino