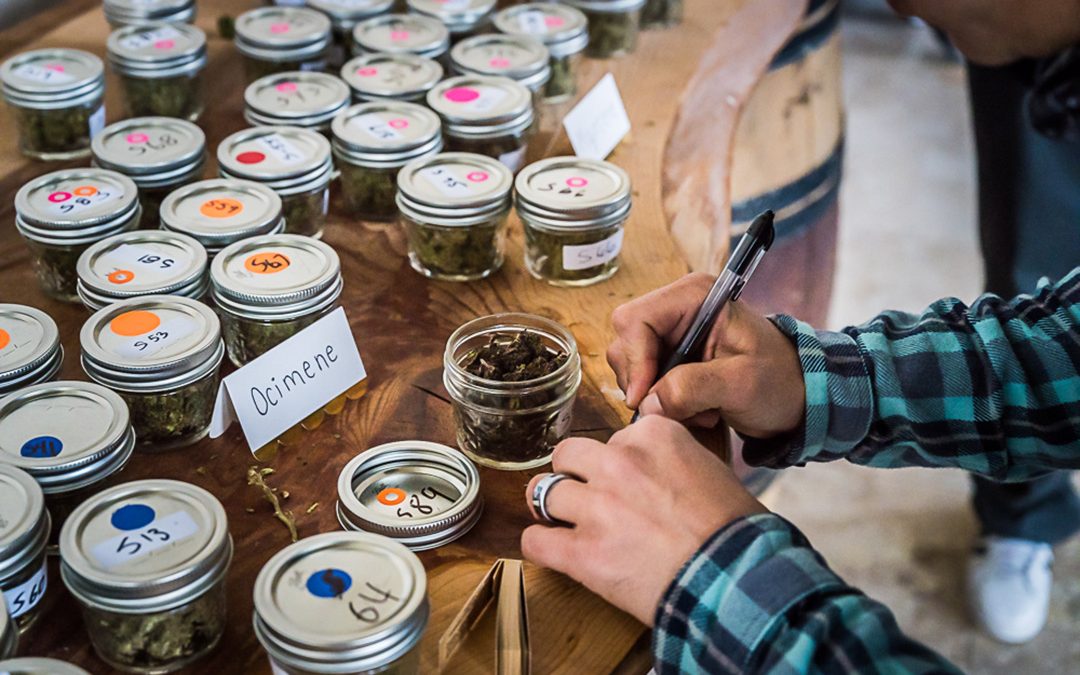 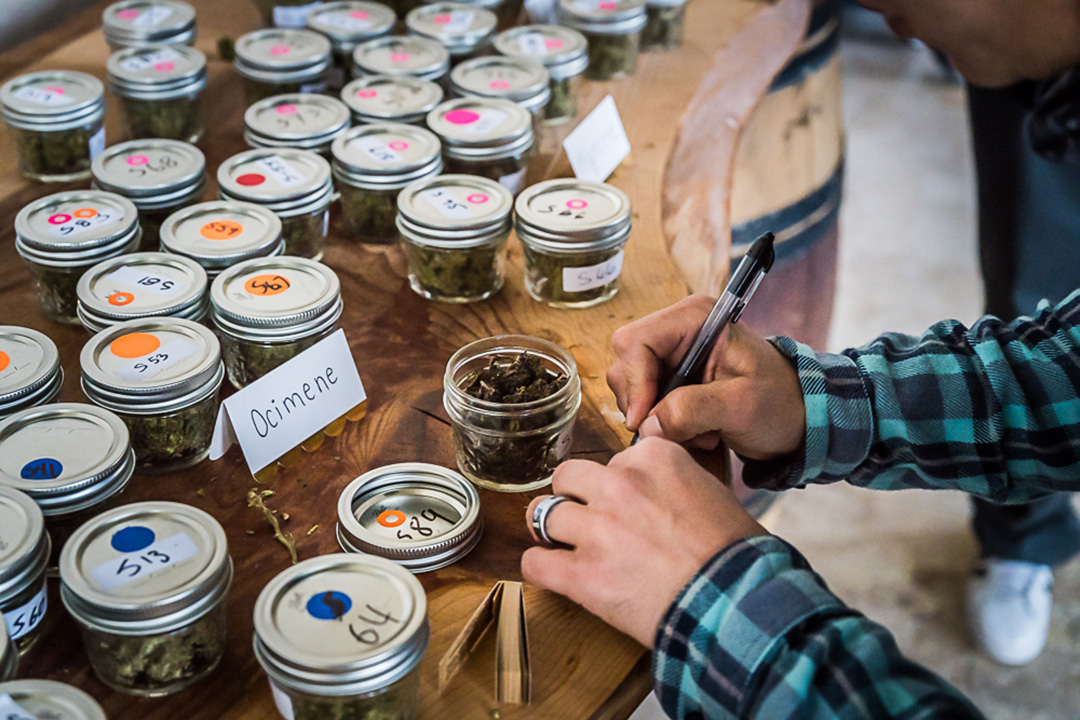 When a cannabis cultivator or craftsperson enters the Emerald Cup, they do so hoping to gain valuable insight and feedback on the product and recognition from consumers, connoisseurs, and the movers and shakers of the marketplace that make up our esteemed roster of judges each year.

The ultimate goal is, of course, the unmatched respect that comes with winning an actual Emerald Cup Award, but through a 12-year partnership with SC Labs and an ever-evolving understanding of what makes cannabis win Cups, every contestant can walk away with a fair and in-depth assessment of their entry. 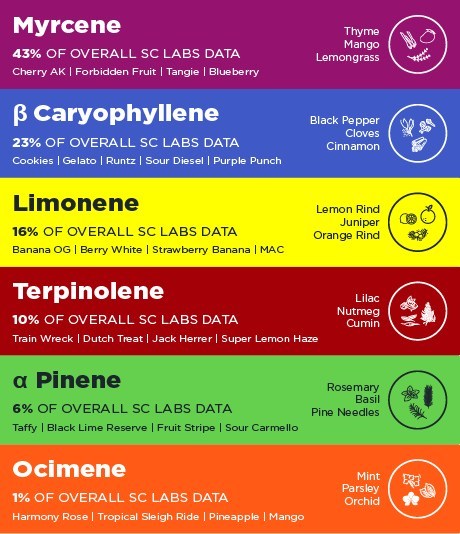 In 2021, the Emerald Cup and SC Labs took the unprecedented step to presort certain competition categories like Flower and Concentrates into subgroups based on six dominant terpenes: Myrcene, β-Caryophyllene, Limonene, Terpinolene, a-Pinene, and Ocimene.

Terpenes are naturally present compounds that are predominantly responsible for the unique aromas and flavors in cannabis. Beyond that, terpenes work in harmony with cannabinoids to deliver a full-spectrum experience known as the Entourage Effect.

As a reminder, many categories in the Emerald Cup competition are completely anonymized, so the judges do not know the cultivar, the grower, or the lab results while sampling and ranking entries. This aspect makes it even more intriguing that the Flower entry with the highest THC total each year has never won the Emerald Cup. The terps don’t lie and, apparently, they don’t lose either!

In theory, sorting certain products by their dominant terpene would add even more authenticity to the judging process by mitigating any biases or preferences any particular judge may have toward “gassy” samples versus “floral”, for example. “Apples to apples” in the early rounds of judging with the best from each subgroup advancing toward the ultimate title of Best in Show.

Advancements made in terpene analysis by SC Labs over the past decade made this process accurate and relatively easy, but once the judging and sampling were underway, we soon realized that identifying a “dominant” terpene was just scratching the surface of most strains of cannabis, with the aromas, flavors, and effects of each sample presenting a much more nuanced profile.

Still, this was a useful exercise as it gave weight to the rising opinion that there is more to great cannabis than high THC totals.

It also demonstrated the increasing homogeneity of cannabis genetics in the market as our competition was flooded with certain terpene profiles while gathering precious few entries that expressed other key aroma and flavor profiles. We’re looking at you, Ice Cream Cake!

To quantify that a bit using archival data from past Emerald Cup events and SC Labs analysis of those entries, myrcene-dominant cultivars made up the majority of entries in the Flower category for many years dating back to when we started being able to gather such data. Still, the field would be rather diverse with myrcene-dominant entries ranging from 40-50% of the total, with other terpenes jostling for the other half of the entries. This tracked almost perfectly with years of market data gathered by SC Labs that showed that 43% of the tests that they had run for the California cannabis marketplace were also myrcene-dominant samples.

In 2021, however, myrcene was no longer the top terp at the Emerald Cup, and Gelato-based strains made up most of the Flower entries with the majority of samples being caryophyllene-dominant.

“When you’d look at the Emerald Cup data, the microcosm, and then you look at the broader data and how it all sorts, the macrocosm, you could always see it perfectly overlaid across these hundreds of thousands ot terpene tests we’ve done,” says Alec Dixon of SC Labs, “but last year was the first that the data deviated.” 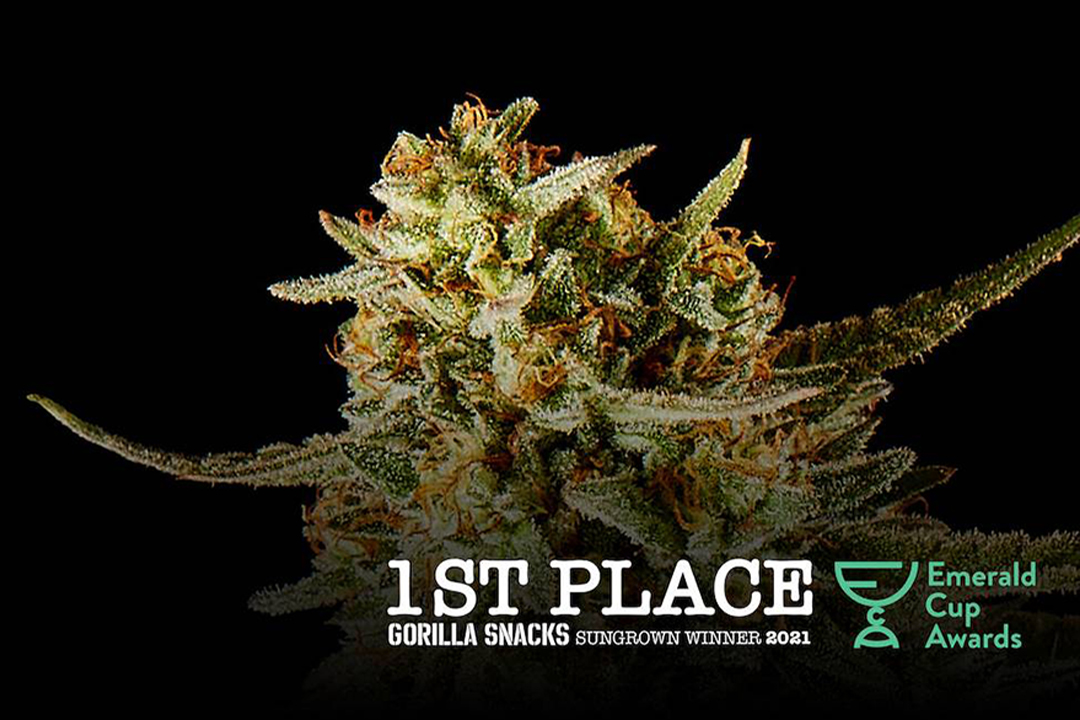 The market reflected this shift as well and before long every dispensary in California had a menu full of dessert-named strains on their top shelf.

However, even with a common dominant terpene, the difference in aromas, flavors, and effects of the three examples given above further proved that the variety that we all love about the cannabis plant is rooted in robust and diverse terpene profiles.

The 2021 Emerald Cup competition provided a unique and useful set of data that we have been studying ever since, looking to identify the trends that not only win Cups, but that can potentially help farmers and brands stake their claim in the California cannabis market.

You can watch the 2021 Emerald Cup Awards HERE

2021 was a year of many firsts for the Emerald Cup. Traditionally a competition that only included sungrown cannabis grown outdoors, this was the first year that Greenhouse, Mixed Light, and Indoor cultivation methods were eligible for entry, along with 3rd Party Certified and Personal Use, or homegrown, flowers.

This event has come a long way since those early days in the Emerald Triangle. With the 18th Annual Emerald Cup Awards landing in Hollywood in 2022, this year’s celebration will take place almost exactly 420 miles from the Sonoma County Fairgrounds in Santa Rosa. Let’s take a look back at that ride and how we got here.

THE ROAD TO THE EMERALD CUP 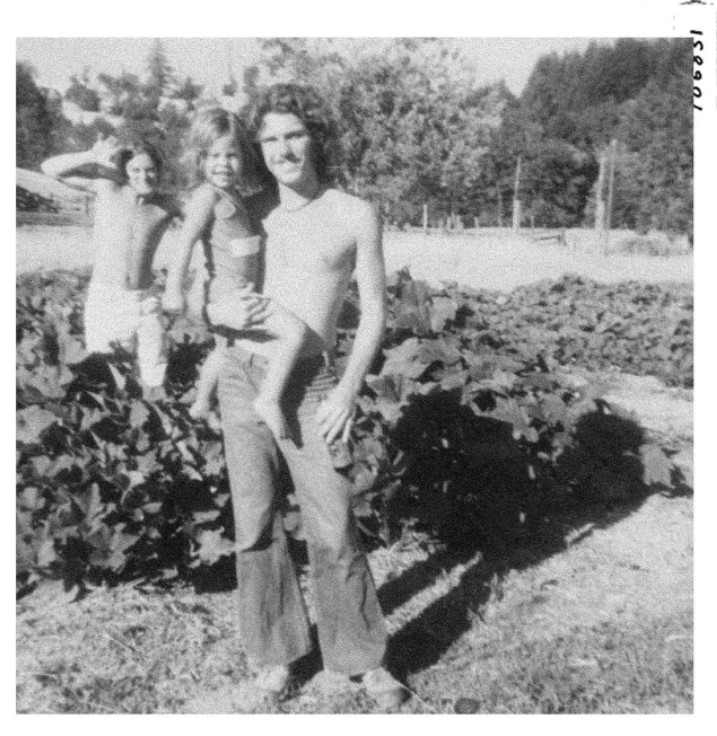 Dating back to 2004, the Emerald Cup was held in December, following the fall cannabis harvest with a friendly competition and celebration of the plant, as well as of the people and the culture at its roots.

As cannabis continued to gain social acceptance and popularity, so too did the Emerald Cup which evolved to become the world’s largest and most diverse cannabis competition with an annual year-end gathering that has become a vibrant and connective thread woven throughout the fabric of cannabis culture.

Mirroring the success of the cannabis reform movement in California, the Emerald Cup continued to grow, which led to the iconic event relocating from its original home in the mountains of Mendocino down to Santa Rosa in Sonoma County.

Here the Emerald Cup thrived for years, each December transforming the Sonoma County Fairgrounds into an epic an unforgettable cannabis experience with chart-topping live music, health conscious food options, thought-provoking speaker panels, an unrivaled cannabis marketplace, and, of course, the most authentic and respected cannabis competition on the planet.

We are all very aware of the devastating impact that the global pandemic has had on people, businesses, and live events and the Emerald Cup was not spared that year either, being forced to postpone a 16-year tradition while we all wondered what’s next.

Well, traditions matter, perhaps more so in cannabis culture than in any other, so our team downloaded Zoom and got back to work to figure out how we could properly honor the 2020 harvest given the unique and challenging circumstances.

The result was our first completely virtual event which, in hindsight, was pretty epic! Produced and broadcast out of Los Angeles, this high class presentation accomplished the mission of showcasing California’s finest cannabis products. It also solidified a decision long in the making – that the Emerald Cup must have a presence in Southern California as well, with a goal of uniting this great state under one banner of clean cannabis cultivation.

By the end of 2021, society had opened back up enough to allow us to once again host an in-person event. The Emerald Cup Harvest Ball in December ‘21 was, by nearly all accounts, just what the cannabis community needed.

Back in Santa Rosa, the event had everything that the Emerald Cup is known and loved for, except for the awards ceremony.

Instead, another long-deliberated decision was made to postpone the entry window for the 2021-22 Emerald Cup, waiting until the Harvest Ball in December to begin accepting entries.

Once again reflecting the times we live in, this decision was made in response to many requests from our contestants, particularly outdoor sungrown farmers who only harvest once per year around September or October. With the strict regulations that the state has set forth regarding processing, packaging, transporting, testing, etc., these farms were having a hard time meeting our traditional deadlines put in place to accommodate a December awards show.

Now those results are in and the 18th Annual Emerald Cup Awards show will be held on Saturday, May 14th, 2022 in Hollywood California at the historic Ricardo Montalban Theatre. There at the “Academy Awards of Cannabis” we will learn even more about what farms and what flavors will guide tastes in California’s cannabis market for years to come.